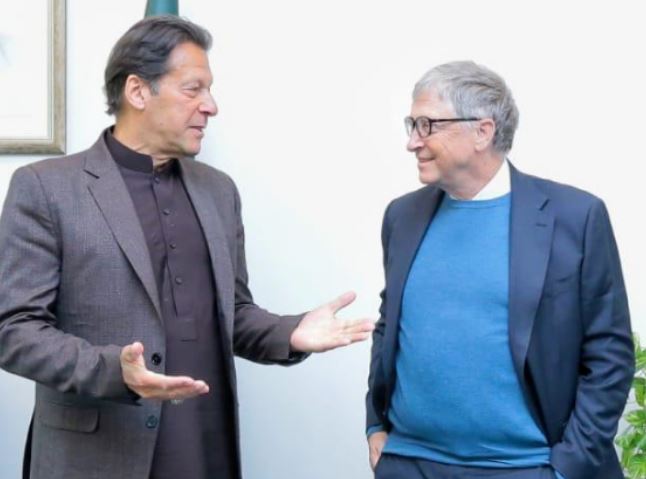 Bill Gates First Ever Visit to Pakistan. In his first-ever visit to Pakistan, Bill Gates met with Prime Minister Imran Khan to discuss polio eradication and other important matters. In the meeting, Bill Gates praised Pakistan’s efforts for eliminating polio and said that polio has been eradicated in the country for one year due to the efforts of activists and parental cooperation. The Bill and Melinda Gates Foundation plans to continue to cooperate with Pakistan, he added.

As part of the visit, Dr Faisal Sultan, Special Assistant to the Prime Minister on Health, was also present. Asad Umar and other senior health officials also met with Gates at the National Command and Operation Center (NCOC). In a statement released by the COVID-19 body, Gates and his delegation attended a morning meeting where they learned more about NCOC’s role and methodology, achievements since the start of the pandemic, and the current COVID-19 situation in Pakistan, as well as various protocols the government has implemented to control disease spread and ensure public safety.

The visiting delegation was presented with a comprehensive overview of Pakistan’s efforts against Covid-19. Bill Gates was interested in the NCOC’s smart lockdown and micro smart lockdown strategy enforcement measures, as well as Pakistan’s vaccine administration regime, both of which enabled the authorities to formulate and implement a comprehensive COVID-19 response.