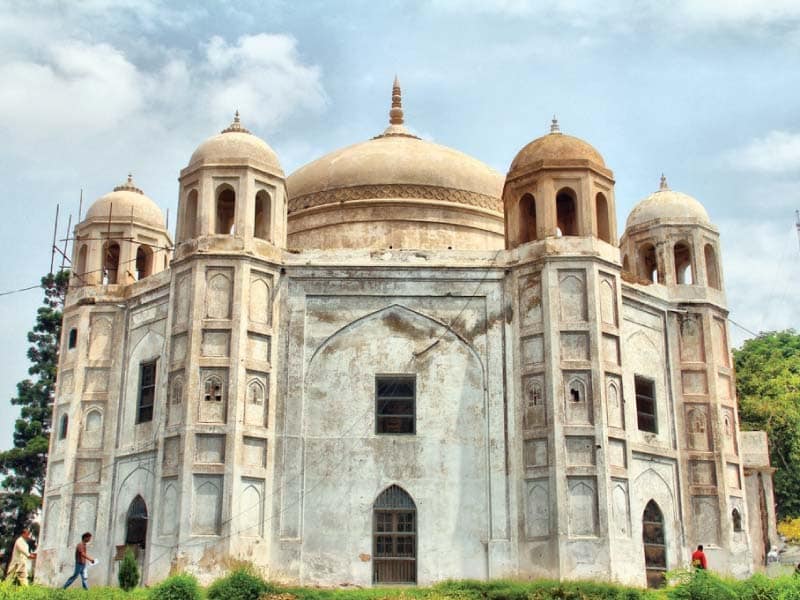 The Story of Anarkali Tomb

Anarkali’s Tomb is located in the Punjab Civil Secretariat complex in Lahore. It is considered to be one of the earliest Mughal tombs still standing.

There are many famous incidents related to Anarkali tomb. The most famous story is dastaan-e-mohabbat salim anarkali. Anarkali was a slave of Emperor Akbar. Akbar realized that Prince Saleem (Jahangir) had fallen in love with this slave girl. Akbar was so enraged by this act that he chose Anarkali alive in a wall. When Jahangir ascended the throne, he built this tomb in place of the wall in which Anarkali was buried.

The tomb was surrounded by a beautiful garden. During the reign of the Sikh Empire, it was captured by Ranjit Singh’s son Kharak Singh and later converted into his residence. When the Punjab was occupied by the British in 1849, they installed a cross on the tomb and converted it into a church. The garden was later replaced by many office buildings. The building is currently being used as the office of the Punjab Archives, where many Sikh and British artefacts are preserved.

The tomb of Anarkali (anarkali mazar) is one of the most fascinating and significant structures from the Mughal period. Nadira Begum, the lover of Crown Prince Saleem and future emperor, is reputed to be buried in the ingeniously built octagonal structure.

According to some historians, this ingenious eight-sided structure represents infinity, like dastaan e mohabbat salim anarkali, the timeless love story between the courtesan and the prince. There is also a marble dome on top of the building, another hallmark of Islamic architecture, as well as a garden known as the Anarkali garden, which was used for many purposes over the centuries. Although the tomb of Anarkali has undergone many changes, it still remains a historic monument from the Mughal era.

Anarkali is believed to have been a member of Akbar’s harem by some historians. The monarch accused her of luring the crown prince into an illicit relationship. This led to her execution in 1599. Six years later, Emperor Jahangir, better known as Prince Saleem, ascended to the throne and ordered the construction of a tomb of Anarkali in memory of his beloved.

The tomb of Anarkali was completed in 1615. In original plan, this tomb occupied a central position within a monumental garden, similar to the Asif Khan Tomb. Maharaja Kharak Singh, the son of Maharaja Ranjit Singh, occupied the area in the early 1800s and converted it into a residence for General Jean Baptiste Ventura, a French officer in the Sikh army.

After the British colonized Lahore in 1851, the building was reportedly converted into a protestant church. He remodeled it substantially, and he blocked off most of the arched openings. As a Christian place of worship, some historians claim that the tomb of Anarkali was painted white when it was converted from being red and white. A cross was also placed on top.

It was, in fact, the first changes made to the original style of Anarkali’s tomb. In 1857, it became St. James’ Church, and remained that way until 1891. This building became the Punjab Archives Museum with an incredible collection of artifacts relating to the history of the Sikh and British rule in Punjab.

Local residents also claim that Anarkali’s grave is located in the Punjab secretariat precincts and not in her tomb, contrary to what historians claim. She also died in mysterious circumstances. The majority believe she died by natural causes, while the rest claim she was executed by Akbar.

A note written by William Finch, a British traveler to Lahore in 1608, three years after Prince Saleem took over the Mughal Empire, reads: “The King (Jahangir), in token of his love, commands a sumptuous tomb to be built of stone in the midst of a four-square garden richly walled, with a gate and diverse rooms over it.” However, the traveller failed to provide any other detail; there is a possibility that the note was a figment of his imagination rather than actual history. 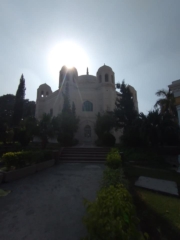 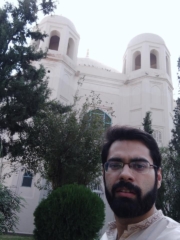 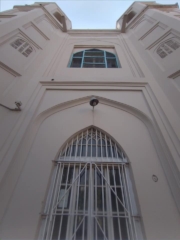 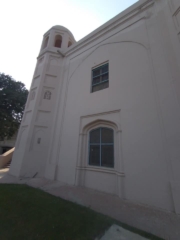 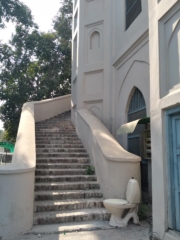 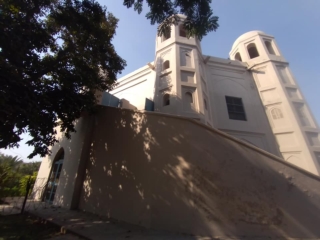 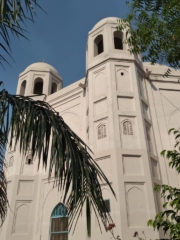 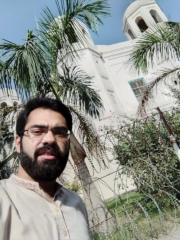 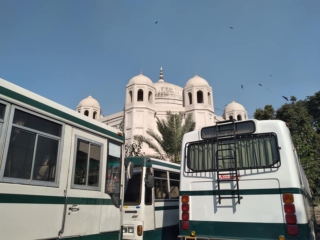 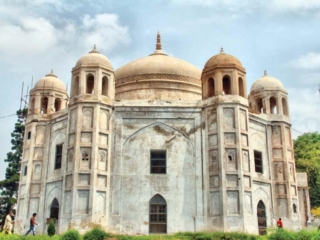 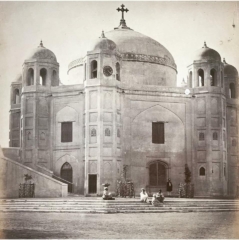 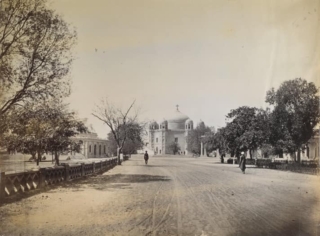 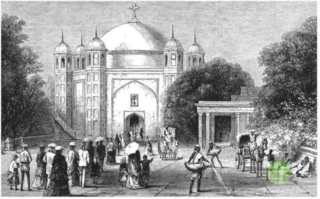 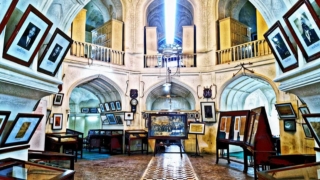 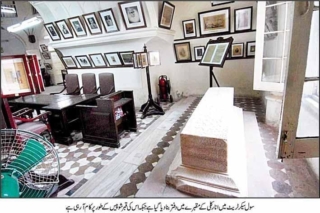 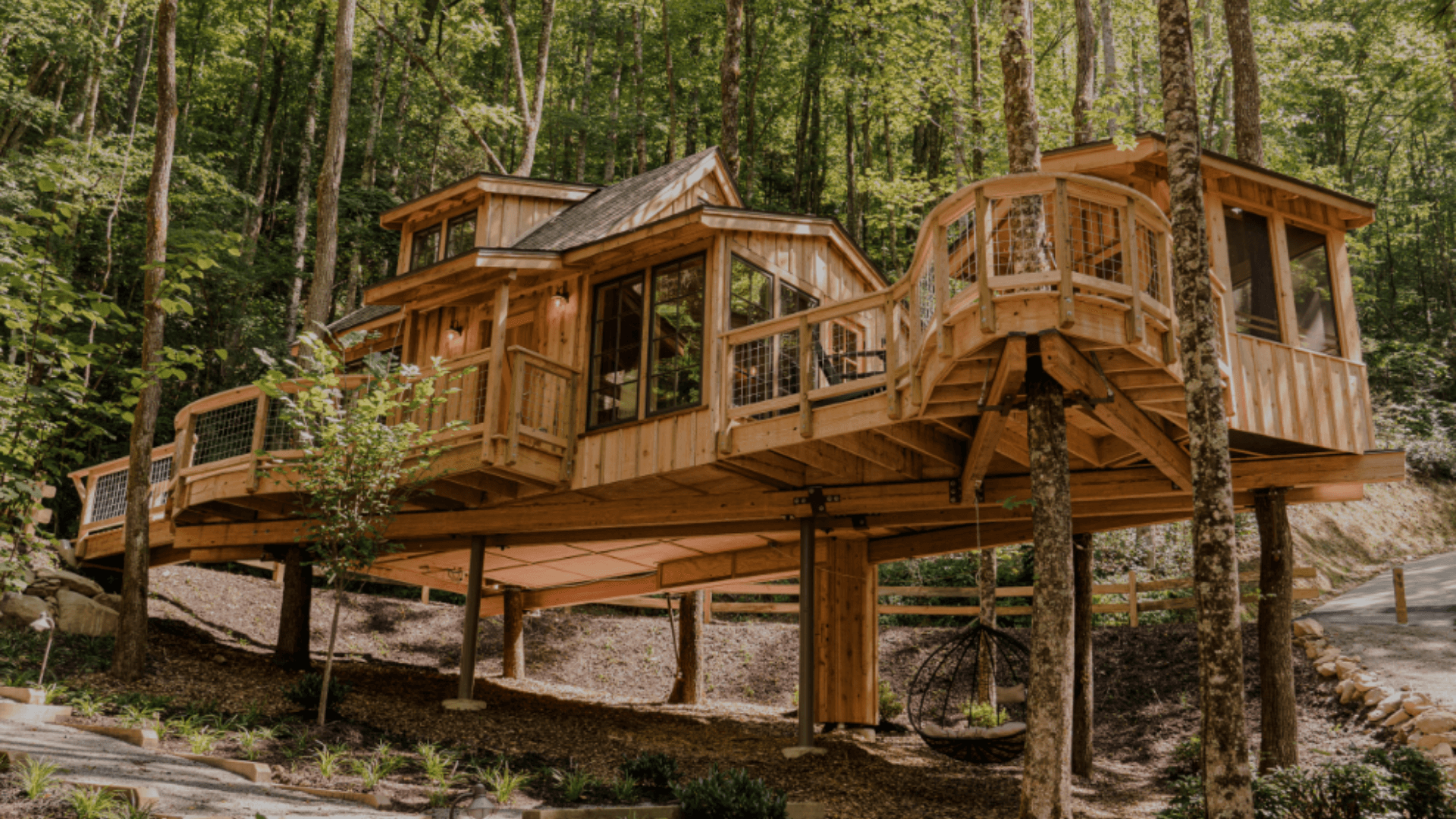