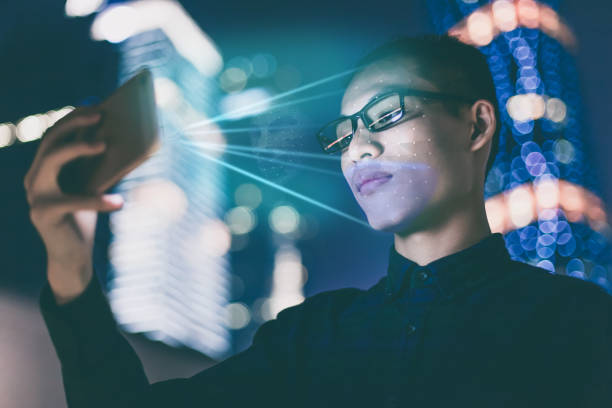 Face recognition is a technique for using a person’s face to identify or confirm their identification. People can be recognized on spot in real-time, on camera, or in pictures using face recognition algorithms. Law enforcement may use mobile devices to identify people during police stops.

A subcategory of biometric security is facial recognition. Voice, fingerprint, and eye retina or iris recognition are examples of further biometric software types. Although there is growing interest in using the technology in other areas, security and law enforcement still account for the majority of its uses.

Computer algorithms are used by face recognition system to detect specific, recognizable features on a person’s face. The information is then transferred into a mathematical representation and contrasted with information on other faces combined in a face recognition database. Examples of these details are the space between the eyes or the contour of the chin. Because it is created to only contain specific elements that can be used to distinguish one face from another, the information on a specific face is frequently referred to as a face template.

Some face recognition algorithms calculate a probability match score between an unknown subject and particular face templates that are recorded in the database, as opposed to positively identifying the subject. Instead of only delivering one result, these algorithms will provide a number of probable matches, sorted in order of the likelihood of accurate identification.

Face recognition technology is being used by police departments increasingly regularly in everyday operations. Police gather mug shots from suspects after an arrest and cross-reference them with national, state, and local facial recognition databases. The mugshot of an arrested person will remain in one or more databases after being taken and will be checked each time the police conduct another criminal search.

In order to identify persons in images from social media, CCTV, traffic cameras, or even images they have taken themselves on the scene, law enforcement can then conduct searches across these sizable mugshot databases. Additionally, real-time facial comparisons against “hot lists” of people suspected of criminal activities are possible.

Mobile face recognition enables authorities to capture a picture of a driver or pedestrian on the street using cellphones, tablets, or other portable devices, then instantly compare that picture to one or more face recognition databases to make an identification attempt.

At the local level, there are other databases, and these databases might be very big. One of the biggest regional face analysis databases, for instance, may be maintained by the Florida Pinellas County Sheriff’s Office. More than 240 agencies scan the database around 8,000 times every month, according to the research.

Effectiveness Of Facial Recognition On Airports And Borders

Facial recognition technology is now commonplace in numerous airports all around the world. A growing percentage of travelers have biometric passports, which enable them to bypass the typically lengthy lineups and proceed directly to the gate by passing through an automated ePassport control. Airports may increase security and cut down on waiting times by using facial recognition technology. By 2023, 97% of travelers will be subject to biometric facial recognition, according to the US Department of Homeland Security. The technology is used to improve security at major events like the Olympics as well as at airports and border crossings.

Essential Use Of Facial Recognition In Preventing Banking Frauds

Face recognition also has a huge advantage of biometric internet banking. Customers can authorize transactions by glancing at their computer or smartphone in place of one-time passwords. There are no passwords for hackers to steal using facial recognition. In theory, “liveless” detection, which determines whether the source of a biometric sample is a live human being or a false representation, should stop hackers from utilizing your photo database for impressions if they manage to get their hands on it. Debit cards and signatures might be obsolete in the future thanks to face recognition.